The Ancient Poet Who Can Save Your Life: Ken Keathley’s Summer Reading List

As summer begins, we want to help you craft the perfect Summer Reading List. We asked Southeastern Seminary professors what books they would recommend, and we’ll share their recommendations in coming weeks.

'The Divine Comedy' was more than a speculation about life after death; it was very much a political diatribe. 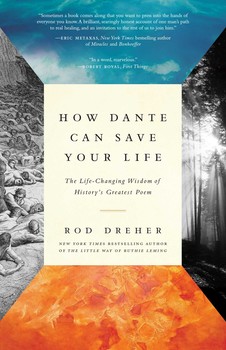 How Dante Can Save Your Life: The Life-Changing Wisdom of History’s Greatest Poem
by Rod Dreher (Regan Arts, 2015)

Rod Dreher is one of the more provocative Christian writers today. In fact, I don’t agree with everything Rod Dreher has written. But one of his books that I have found personally helpful is called How Dante Can Save Your Life. Dreher writes in a way that is semi-autobiographical. He’s going through a personal spiritual crisis of his own, so he talks about how reading Dante impacted him. He explains that Dante was going through his own own personal crisis while writing The Divine Comedy. Moreover, The Divine Comedy was more than a speculation about life after death; it was very much a political diatribe in which Dante settled scores, dealt with political issues of the day, and made profound spiritual observations. So if you’ve ever wanted to become familiar with Dante’s Divine Comedy but didn’t have time to read (or understand) the whole poem, this book is a great introduction. It’s approachable, edifying, interesting. Dreher draws out the spiritual lessons in a way I found very helpful. A World Ablaze: The Rise of Martin Luther and the Birth of the Reformation
by Craig Harline (Oxford University Press, 2017)

2017 marked the 500th anniversary of Martin Luther posting the 95 theses on the Wittenburg door. Many books about Martin Luther and the Reformation came out that year. One of the better books is Craig Harline’s A World Ablaze. If you’re interested in getting to know the history of the Reformation but you don’t have a lot of time to slog through the details, this book is for you. Harline is an academic, but he writes in the style and tone of a novel. The book is approachable, readable, engaging, and entertaining, but it’s also very informative. If someone is wanting to know about the Reformation or learn about the life of Luther, I don’t know of a better introduction than A World Ablaze.

Ken Keathley is Senior Professor of Theology and the Jesse Hendley Chair of Theology at Southeastern Baptist Theological Seminary in Wake Forest, North Carolina where he has been teaching since 2006. He also directs the L. Russ Bush Center for Faith and Culture. He is the co-author of '40 Questions About Creation and Evolution' (Kregel, November 2014). Ken and his wife Penny have been married since 1980, live in Wake Forest, NC and are members of North Wake Church. They have a son and daughter, both married, and four grandchildren.

The Worst Is Contempt

Statements on social media are fair game for critique. But rarely, very rarely, should God’s image bearers be held in contempt.

“For even the Son of Man came not to be served but to serve, and to give his life as […]

Ken Keathley: How the Christian Revolution Remade the World

How Should Christians Approach Culture?

Here at the L. Russ Bush Center for Faith and Culture (CFC) at Southeastern Seminary, we devote ourselves […]

Everyone Assumes They Know What Culture Is. What Is It Really?

Culture is one of those terms about which people often have an intuitive idea but not a fully-formed understanding.

Ken Keathley: The Gospel According to Moses

“Where was this book when I was a seminary student?” | Ken Keathley’s Summer Reading Recommendations

Panel Discussion on Science and the Christian Faith

Ken Keathley’s Bookshelf: “The Fool and the Heretic”

4 Ways to Pray for the World Right Now

Ken Keathley: What’s It All About? 3 Books to Help You Answer that Question

Ken Keathley: Why You Should Read ‘The Case for Christ’ by Lee Strobel

Violence, Hatred and a Call to Self-Reflection

The headlines have been haunting in recent days. Last week 14 explosive devices were intercepted while in transit […]

Human Flourishing and the End of the World

Faith, Work and Eschatology If you knew that Jesus was returning next week, would you go to work […]

Flat vs. Round? Lessons from a Sixth Century Debate

Years ago, Christians debate about God’s creation were markedly different. What can these early debates teach us about our […]

The Enduring Legacy of Billy Graham: One Baby Boomer’s Reflections

Like many others, I learned about yesterday’s tragedy at First Baptist Church of Sutherland Springs when I turned […]

“Killing Spree” Killers: There Is No Fear of God Before Their Eyes

This morning, you and I awoke to the same heartbreaking news: The worst mass shooting in modern US […]

Not Your Grandfather’s Dispensationalism or Covenantalism: A Dialogue Between Craig Blaising and Stephen Wellum